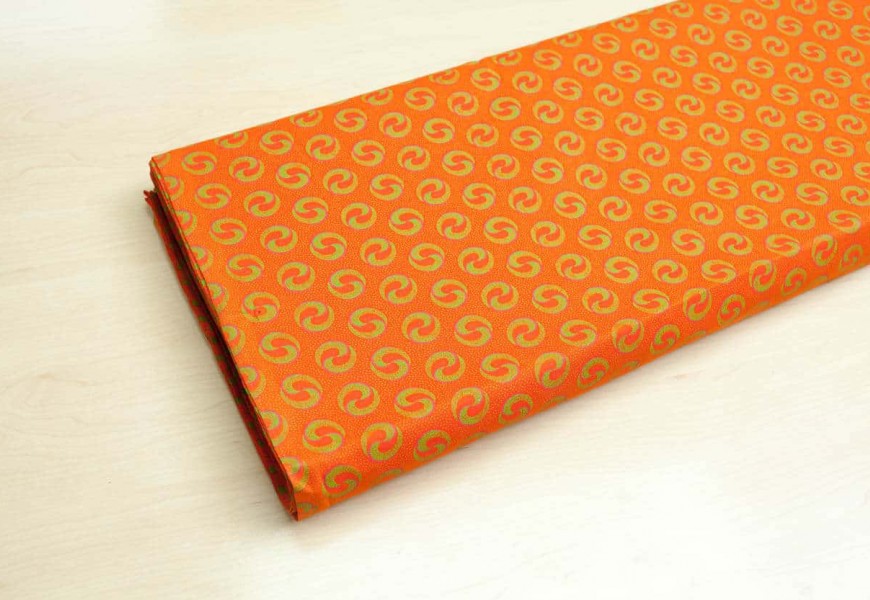 A Look at Shweshwe History

Surprising to many, the history of shweshwe stretches from Asia to Europe, finding its home here in Africa where it has evolved the most. We overview this journey of shweshwe, taking a look at its early origins, manufacturing, impacts, and trends through time to the present day.

Early Shweshwe History: Origins in the East through European Trade

With the establishment of the Dutch Cape Colony in 1652, East Asian trade goods were increasingly routed through Southern Africa before reaching Europe.

At the time, naturally dyed indigo cloth from India and Bengal were a thriving import. The fabric featured lively and varied patterns. But it was famed the most for its exclusivity; The plant used for indigo dye could not grow in the cold European climate. Supply was limited and imports from the East Indies were the most viable option.

In the Cape, Dutch settlers purchased this exclusive indigo material from traders on their return journey to Europe. Here, the fabric was used by the Dutch, Khoikhoi, and slaves.

The Meaning of ‘Shweshwe’ & Influence on the Sotho, Zulu, and Xhosa

In the 1840s, French missionaries gifted the Basotho Chief, King Moshoeshoe I indigo-printed cloth. Extremely pleased, the King endorsed the fabric and it spread in popularity throughout the Sotho and Zulu inhabitants of his domain. According to historians, the name ‘shweshwe’ derives from its royal influencer, King Moshoeshoe.

In 1858, Germans arrived at the Eastern Cape. They too brought indigo cloth. Xhosa women attending German missionaries adopted shweshwe and it gradually spread throughout the Xhosa people.

Development of synthetic indigo in Germany in the late 1800s skyrocketed European shweshwe production. By the 1940s, South Africa imported most of its shweshwe from England, including the famous brand: ‘Three Cats Shweshwe.’

With the benefits of local production, Da Gama’s shweshwe flourished. New colours, such as chocolate brown and burgundy, were also introduced.

A decade later, Da Gama purchased the Three Cats trademark and developed it into the most popular shweshwe brand known today.

Historically, shweshwe was still considered a fabric for mainly traditional uses. But in the early 2000s, the influences of global fashion on a post-apartheid South Africa had a contemporary impact.

Young South African fashion designers incorporated shweshwe in modern dress designs. And to much acclaim, these local creatives took their innovative shweshwe attire to the catwalks of Prague, Paris, and London.

The 2010s marked a trend towards variety, with designers using shweshwe for versatile applications. Swimwear, brogues, necklaces, jackets, clutches, male underwear, and even pocket squares can now be found on the shweshwe market.

Having evolved from its early history as an exotic Asian textile, shweshwe, with its vibrant colors and striking designs is now embedded as a salient feature of South African fashion.

Begin Your Personal History with Shweshwe and Deluxe Fabrics

As a fabric supplier since the 1970s, Deluxe Fabrics offers an in-store and online range of 100% cotton shweshwe. Our retail and wholesale divisions feature authentic Three Cats in a rainbow of chic and traditional colours and designs, available for nationwide delivery.

Shop fabric online today or contact us for more information.

About the author: Mariam Hassim

No other information about this author.